Indiana R’s breeder, Michele Seaver of Red Wagon Farm, sent Indy to Alyssa to be sold when he was 4 years old. He was going to be bought by the first person to try him, but the sale fell through. Indy went home for a couple months and then came back to be sold again. This second time around, he showed Alyssa more talent and scope that she could imagine, and at Colvin, Alyssa’s husband’s urging, Alyssa told Michele how special she believed that Indy was. Indy also took the time to buck off the next person to come try him! Alyssa and Michele forged a partnership with the aim of seeing Indy through to Grand Prix.

In 2018, Indy would have ranked in the top 20 at First Level in the USDF Horse of the Year rankings, but he was one ride short of having enough scores to qualify. In 2018, he was USDF Region 6 and NW First Level champion. In 2019, he competed at Third Level, bringing home USDF Horse of the Year honors at Third Level, and breaking the 80% barrier. He also won the USDF Region 6 Championships at Third Level. 2019 was a bittersweet year, as Michele Seaver passed away unexpectedly in early 2019, and with the generosity of Michele’s late husband, Alyssa became the sole owner of “Indy”.

In 2020, Indy debuted at Fourth Level with scores up to 77%, culminating the year again as USDF Horse of the Year, this time at Fourth Level. He is one of the most phenomenally talented horses that Alyssa has ever ridden, and it is with excitement that we wait to see what the future holds for this very talented horse. 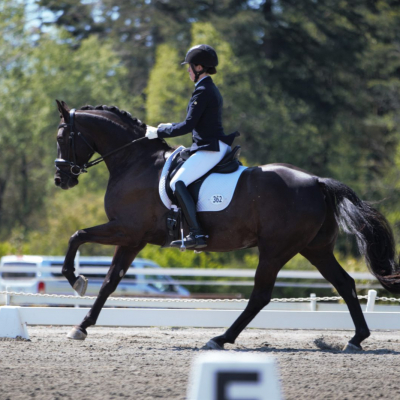 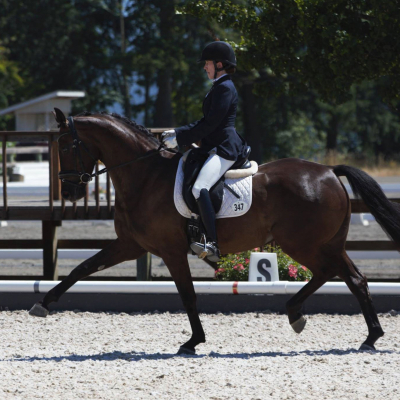